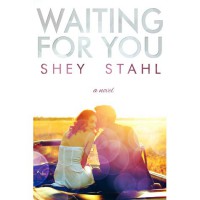 SPOILERS AND SWEARS
WHAT THE FUCKING SHIT IS THIS?

No, this book can't be real. Someone's trolling me, and they got me real good because I was actually stupid enough to read this entire book.
I think I'm actually the 1% in this situation, where not only did I hate the book on a personal level, it physically angered me. I developed at least 50-60 grey hairs from reading this book.
This has to be one of the only books I can think of where I actually hate every single character, and everything they do, think, and say. Could there possibly BE a weaker female character ANYWHERE in literature? I doubt it.
Let me compare Lexi to some things that remind me of her, but have more dignity and intelligence:
- A doormat
- A blowup doll
- Some soft of plastic plate
- That dog that I seen last week that was being dragged on a leash down the street on its side
- The entire population of a brothel (any brothel, really. at least they get paid)
- A used napkin
- The flu

This whole book is stupid. Slut-Lexi is stupid, Jack is an asshole, and Slut-Lexi and asshole Jack deserve each other because they're both awful. Just awful.